The objective of this project (EmoSpaces) is to develop a platform that allows the development of new services adapted to the emotions and feelings of the people in the environment in which they are.

The project is part of a great trend called the Internet of Things (IoT), which has gone from being an implausible futuristic vision to a reality that we can hope to find habitually in our daily life Of a few years. The adoption of these technologies has been driven in large part by the success of mobile devices, which act as sensors around the person and now with new technologies such as "wearables" and all types of Internet devices connected to the Internet. The fusion of information from all these sensors allows to know the context of a person and characterize it so that applications can be developed and provide services sensitive to that context and therefore customized. In this sense, the project addresses the interaction between humans (eg movement, pose, reaction to stimuli, emotions, biometrics, etc.), environment (eg location, temperature, light, sound, Etc.) and the IoT infrastructure (eg devices and machines used by people), which combine to provide valuable information about the environment.

The main differentiating aspect of EmoSpaces is to consider emotions and feelings as sources of contextual information to improve intelligent services in the IoT, which represents a major challenge of information analysis from different heterogeneous sources, and the application of knowledge about intelligence Emotional, and persuasive technologies. On the other hand, it intends to advance in the automation of the generation of these applications sensitive to the emotions.

As a result, we expect to obtain: i) Technologies for Affective Multimedia Recognition based on Perception, Smart Devices and eCoaching; (Ii) "Big Data" Platform for the Semantic Fusion of Sensors; Iii) adaptation based on the Context and Automation of the IoT platform; And iv) Simulation and Social Testing tool to develop profitable affective services.

As a result of the project will be obtained a non-marketable prototype of the platform and a set of pilot services oriented to the three selected areas. The results of the project will be extended and industrialized by the companies after the completion of the project, carrying out the exploitation work, reaching an agreement with all the members of the consortium to use the knowledge and results generated.

The project EmoSpaces, with reference number RTC-2016-5053-7, has been cofunded by the Ministry of Economy and Competitiveness (MINECO) and the European Regional Development Fund (ERDF) through the call  Retos-Colaboración 2016  of the Spanish National Programme of Research, Development and Innovation towards the Society challenges, within the framework of the National Plan of Scientific, Technical and Innovation Research2013-2016. 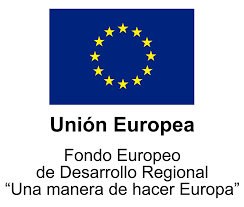